skip to main | skip to sidebar

Sometimes motorcycles sit for a while and when you get back to them, the battery is dead. It happens partly because sportbikes have relatively small batteries for their engine size. Lots of people use trickle chargers to solve this problem and so do I. Trick is, I have a cheap solution that's very easy to use.

In my varied line of work, I've managed to collect a few of those plug-in transformer units for electronic equipment. Some of them are rated at 12 volts DC. All of them have convenient little plugs on the end of their wire.

Rating the transformer: All transformers show an input voltage, an output voltage, and a current/power rating. Here's what you want to see: Input 120V AC, output 12V DC. The current/power rating can be shown as XXXX mA (milliamperes), a decimal A (ampere), or as a W (wattage). Here's a pic with all four ratings. Click on it for larger detail. Don't worry about the additional ratings after 120V AC. 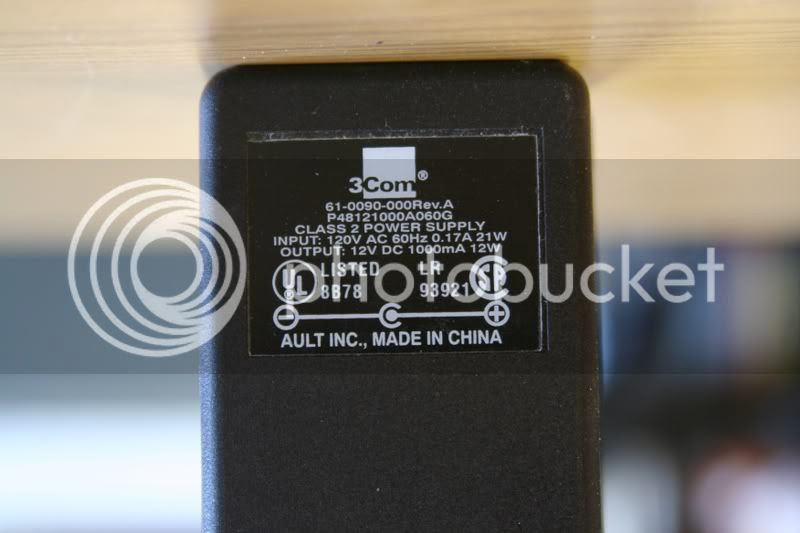 But there's a small trick. A 12 volt battery won't charge if you only supply it with 12 volts! The charging system on your bike actually puts out between 14 and 18 volts to charge the battery. (In very simple terms, it takes extra electrical 'pressure' to force the electrons back into the battery for storage, so the voltage is increased to help provide this pressure.) Doesn't that mean our nice little transformer needs to put out more than 12V DC? Sure it does, and measurement with a digital volt meter has shown me that ALL of these things put out about 17.5V DC. This is plenty for good charging and it's not so high that it might boil the battery. (Particularly at only one amp.)

Ok, so now we know that these transformers can be used for trickle charging. What about smaller transformers? Sure, you can use them. I have one rated at only 250 mA (1/4 ampere) that I use to maintain a full size car battery I use for an outdoor winch. Here's a pic of that unit. Click on the pic to see the ratings for this unit. 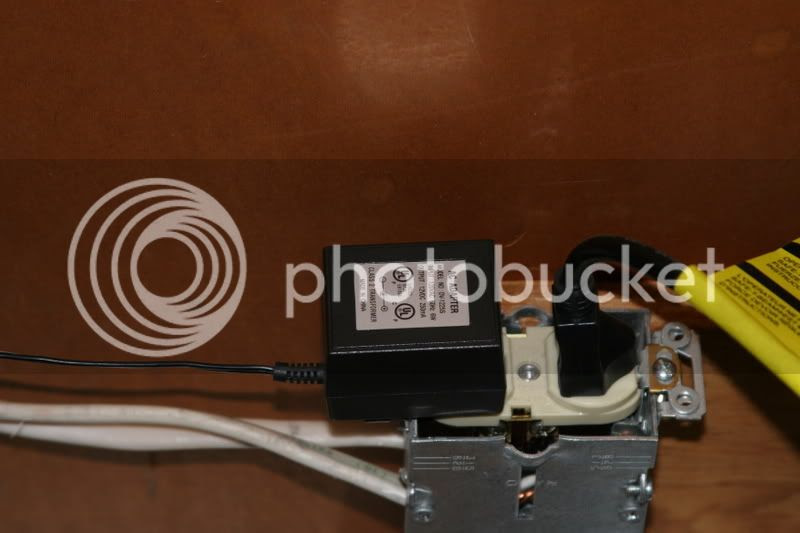 Here's a way to do it on a sportbike with real estate issues.

Go to Radio Shack or whoever your local electronic parts supplier is, and buy a jack that fits the plug your free transformer uses. Locate the jack in a convenient but semi-protected place. See pic below with the jack and plug on the rear fender of the R1. Click to make larger. 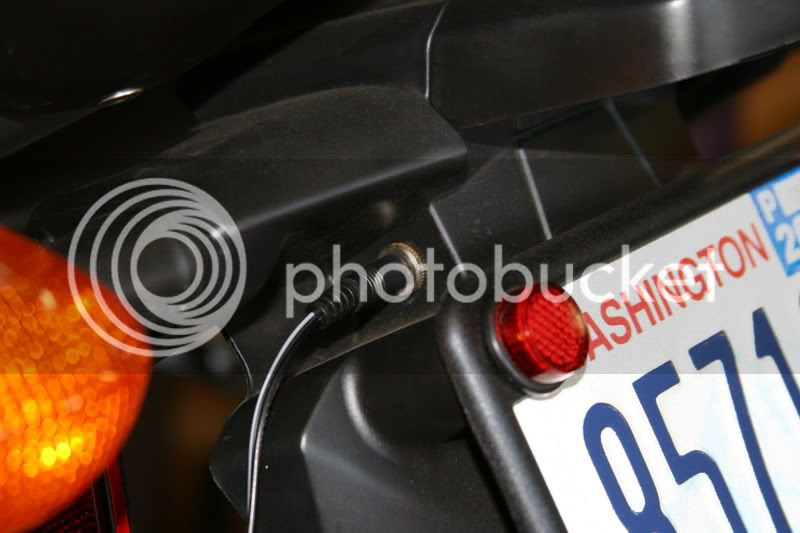 Obviously wire the new jack to the battery paying close attention to polarity. 12V+ of the transformer plug has to be wired to 12V+ of the battery, and the negative (ground) side needs to be wired to the battery's negative pole. You can use pretty skinny wire for this job because you're actually only pushing 1 amp through the wire. I might stay away from 22 gauge, but 18 gauge will certainly work more than adequately.

ELECTRICAL SAFETY - in the unusual event that you crash and the wires you just installed get cut or shorted to the frame, you can have BIG problems (like fire, explosion, or smoke). Here's how we add a bunch of safety to the equation. Install a 1.5 amp fuse in-line with the 12V+ wire. Make the fuse as close to the battery as you possibly can! You only need the fuse on the 12V+ side, so don't go overboard. Why use a 1.5 amp fuse? It's rated higher than your charger, so the charger won't blow the fuse by itself, but it's also rated WAY WAY WAY lower than what your battery can spontaneously supply in the event of a short. Basically your battery will destroy the fuse before an explosion, fire, or smoking can begin.

It will be obvious to some of you that this new plug can be used in reverse. In other words, you might want to use it to supply voltage to a light, tool, or other item you use outside your bike. Technically it's possible, but I have some warnings.

1) The jack isn't usually rated for more than about 2 amps max, so you can't run a 5 amp tire pump off it without melting the plastic the jack is mounted in.

2) You would need to install a larger in-line fuse to get more than 1.5 amps out of the circuit. This could increase the chance of "the bad things" happening because of a short. Certainly wire gauge plays an important role in this equation and I'm not gonna wander down that road too far.

I think that's all for this topic. I'll edit it again if I see anything I left out.
Posted by motopacsman at 3:43 PM

I was on e-bay looking for a trickle charger when I cam across this ideal. I have a couple of old transformer in the garage and that will work great for my situration. I leave a car in Florida for the summer and I want to keep a small charge on it without burning the battery and here is a way to do it free with what I have available to me.

I found an old 12v transformer in my box of old ones and ones that I lost track of what they were supposed to charge. I went to Radio shack but they did not have female plugs at all. By the way, the plug was size 'M', if you want to try and get one. Anyway, I got two spring loaded clips at the 99 cent store and taped the cut ends of the plug wire to them using red and black tape. A voltmeter told me which was which, and the output was about 14-15v at 2 amps. I clamped them to my RV battery with the wires directly calmped to the terminals. Overnight the dead battery was charged to 12v, and now 2 days later, the charge is 12v with no sign of overload.
Overall cost, $1. GREAT DISCOVERY!

Hi - interesting idea (using a transformer power supply), but I believe it may actually cause some damage to your battery. 17V is well above the "Gassing Voltage" for a 12V lead-acid battery (14.5V at 20 degrees C). Proper charging voltage is around 15V at that temp, and maintenance charging is about 13.75V.

This is based on info at http://www.powerstream.com/SLA.htm. These people really seem to know what they are talking about (they build lots of kinds of chargers). That page is very informative!

They point out that the voltage of a transformer rises as current tapers to zero, which is why your transformer reads so high - I'm guessing you're measuring these at zero current.

They also point out that the shut-off circuitry needed is very inexpensive. E.g. something like this: http://www.national.com/mpf/LM/LM317.html might be suitable, configured properly (but I'm not an electrical engineer).

BTW - I'm not affiliated w/Powerstream, or even an expert on battery charging - have been trying to learn more about this myself!

Who knows where to download XRumer 5.0 Palladium?
Help, please. All recommend this program to effectively advertise on the Internet, this is the best program!